She won the Miss Universe title back in 1994. But when it comes to the ramp, Sushmita Sen, now an actress, still rules it with panache.

Sporting a neat updo, shimmering choker with an emerald drop in the Centre and black strapless gown that accentuated her curves, Sushmita walked the ramp at the Gionee India Beach Fashion Week 2015 at The Lalit Golf & Spa Resort Goa on Saturday.

As she hit the runway, the audience could not stop cheering for her.

No wonder why it was a dream come true for designer Moni Agarwal to have the “Biwi No.1” actress as her showstopper.

“It was a pleasure working with Sushmita. She looked into intricate details of the show. She took the show personally. It’s like a dream come true to have her as a showstopper,” Agarwal told . Sushmita also had only kind words for the designer.

“What is stunning is what I am wearing around my neck. We chose this outfit to encapsulate the essence of her beautiful collection. She is extremely inspired by nature. I told her that the finishing of her collection is very international. So, for Indian consumers to have that kind of quality is commendable,” said the actress.

Diamond, polki, emerald and pearl on a bed of gold formed The “Zohrakshi” line, which was inspired by flowers. Agarwal chose to pair her heavy traditional jewellery pieces with her designer friend’s creations that were mostly flowy western silhouettes in white.

“All young brides want to look stylish. Just one piece is sufficient for your wedding. We have functions like sangeet where you can wear a gown with good jewellery. I want to break the notion that western outfits can’t be worn with heavy jewellery pieces. When you club the two, you get Indian yet an international look,” said Agarwal. 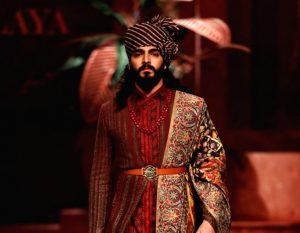 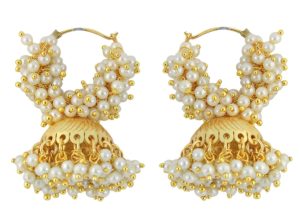