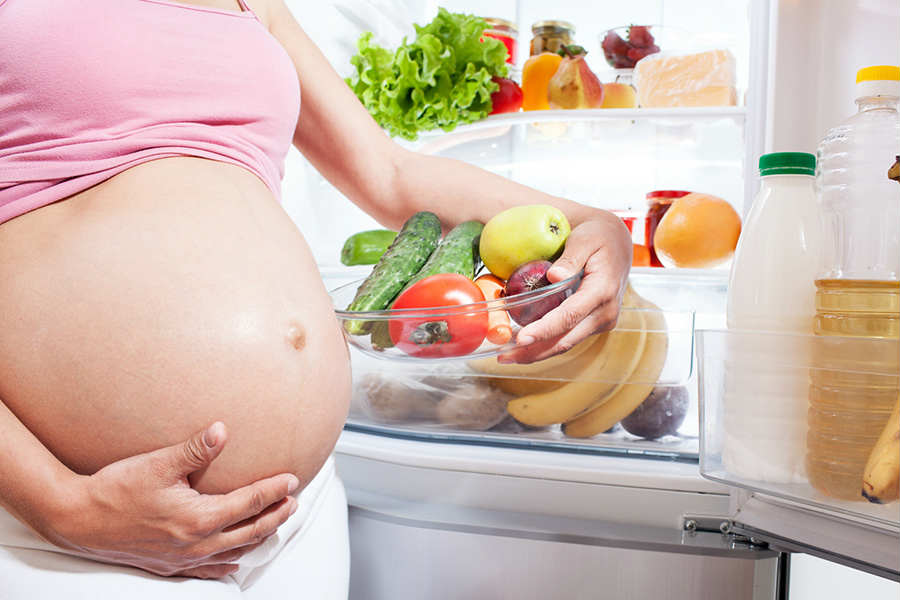 Mom-to-bes, you may want to avoid eating for two as a new study has suggested that maintaining a healthy weight during pregnancy helps mother and baby.

Research has shown that gaining too much weight during pregnancy increases the risk of gestational diabetes, high blood pressure, large babies, and delivery by caesarean section; and newborns with large birth weights are at risk of childhood obesity.

An updated systematic review reveals that diet or exercise interventions, or a combination of both, can prevent excessive weight gain in pregnancy. The research team incorporated evidence from 37 new studies published between October 2011 and November 2014 and the findings are now based on evidence from 11,444 women.

Researchers found that around 36 percent of women who were allocated to interventions to help them manage their weight, had excessive weight gain over the course of their pregnancy compared with around 45 percent in the control groups.

Interventions involving low sugar diets, exercise only, or diet and exercise combined, all led to similar reductions in the number of women gaining excessive weight. Exercise interventions were mainly of moderate intensity and included various individual or group activities such as walking, aerobics, Pilates and dance.

Women receiving the interventions were less likely to be found to have high blood pressure. In addition, evidence suggested that the interventions may lead to a small reduction in caesarean deliveries from 29 to 27 percent, and reductions in the chances of having a baby with a large birthweight (more than 4 kilograms.

The researchers advise that pregnant women should refer to the Royal College of Obstetricians and Gynaecologists guidelines on exercise in pregnancy, and that before embarking on a new exercise program that they discuss it with their midwife or doctor.

The study is published in The Cochrane Library.