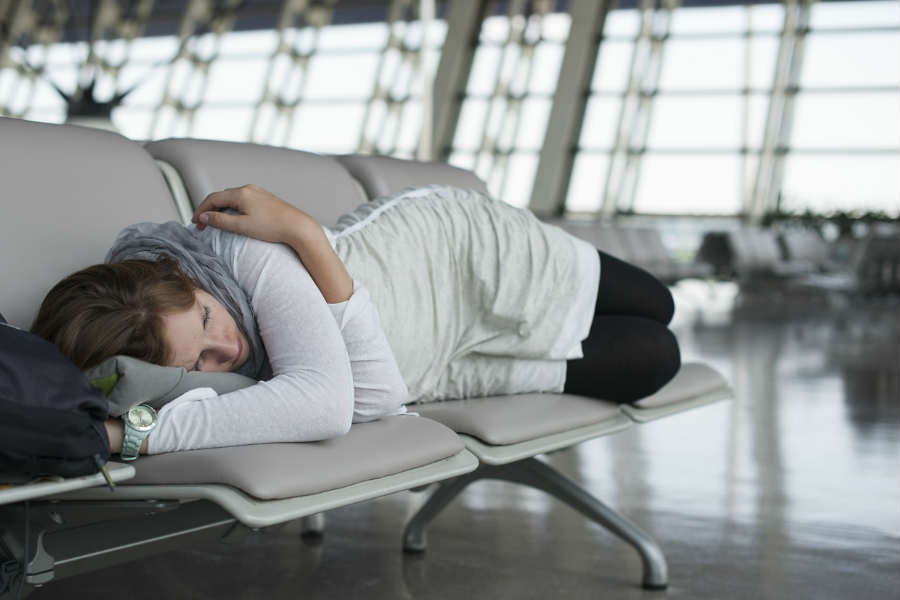 Frequent fliers should read this. According to researchers, disruption of the circadian clock alters the rhythms and composition of the microbial community in the gut, leading to obesity and metabolic problems.

“The findings suggest that people with chronically disturbed day-night cycles due to repetitive jet lag or shift work have a  tendency to develop obesity and other metabolic complications,” said senior study author Eran Elinav from the  Weizmann Institute of Science in Israel.

In the study, Elinav and his team discovered rhythmic fluctuations in abundance of microbes and their biological activities at different time of the day.

When mice were exposed to changing light-dark schedules and abnormal 24 hour feeding habits, the microbial community lost its rhythmic fluctuations and changed in composition.

“Similarly, jet lag in two people who have travelled from the US to Israel changed the composition of gut microbes, favouring the growth of bacteria that have been linked to obesity and metabolic disease,” Elinav claimed.

The findings highlight a new therapeutic target that may be exploited in future studies to normalise the microbiota in people whose lifestyle involves frequent alterations in sleep patterns, such as shift workers and very frequent fliers.

“Targeting the harmful changes in the microbiota in these large human population with probiotic or antimicrobial therapies may reduce or even prevent their risk of developing obesity and its complications,” Elinav concluded.

The study was published in the journal Cell.