Karan Johar’s “Ae Dil Hai Mushkil” celebrates love and heartbreak in all its hues. It is about the junoon of love and the ‘sukoon’ of friendship. A romance, an entertainer and a complete filmy film, this one boasts of laughter, racy dialogues, relationships, heartache and unrequited love. 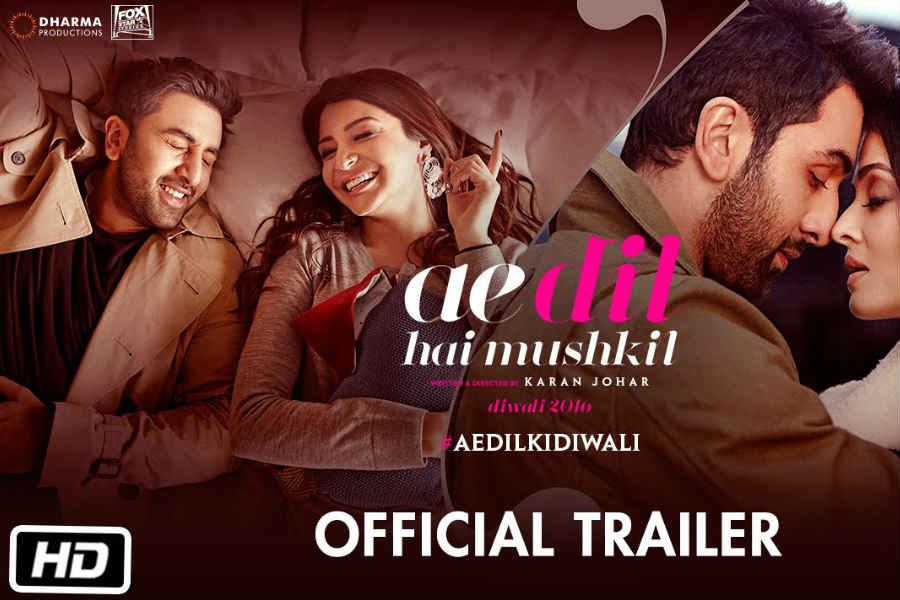 Ayan Sanger (Ranbir Kapoor) is pursuing his MBA in London, but is a singer at heart. Brought up without a mother, he feels alienated from his rich business tycoon father and obviously longs for love and acceptance. A chance meeting at a Soho pub with Alizeh Khan (Anushka Sharma), a bubbly, vivacious girl, who is nursing a heartbreak, and a deep bond and friendship ensues between the two.

Laced with a generous dose of humour, the first half of the film is fun, light and frothy. Peppered with well written dialogues replete with Bollywood lingo, foot-tapping music with numbers like “Mere saiyyanji se aaj maine breakup kar liya”, the film glides through smoothly.

The pace in the second half drops distinctly, with a focus on heartbreak and one-sided love. The dialogues get verbose, poetic and at times, heavy duty. 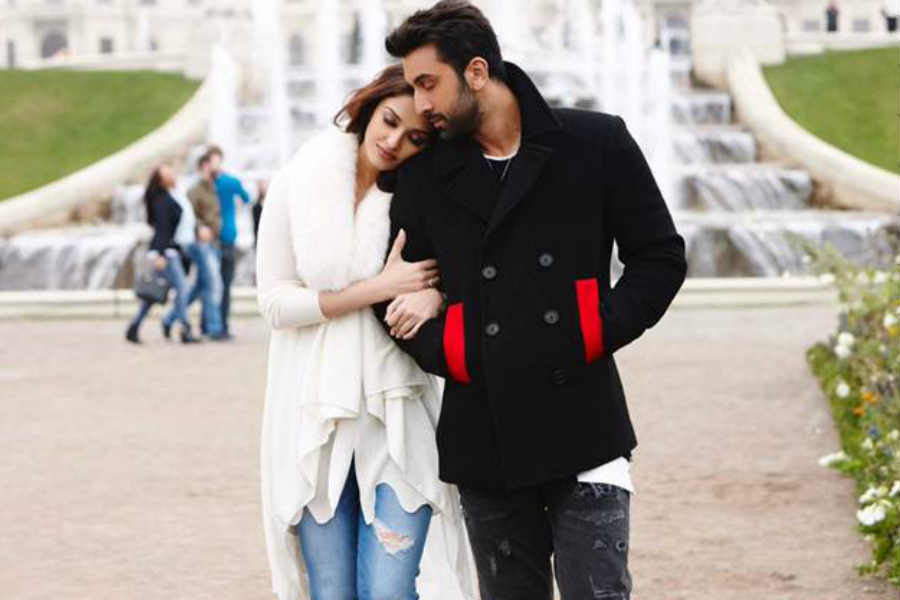 Ranbir Kapoor is Ayan Sanger from the first scene and slips into his character effortlessly, as the boy who is deeply in love and craves for it to be requited. His childlike innocence, emotional outbursts, spontaneity and even pain, is real and endearing. He lip syncs the songs with fervour making them seem real.

Anushka Sharma is the joie de vivre element of the film even though ironically she portrays a girl who has gone through the pain of a heartbreak. She lights up the screen with her inherent energy and delivers a spirited performance. She is spontaneous and a sheer treat to watch in scenes where she relives her Bollywood dreams of singing songs in a chiffon saree and equally tugs at your heartstrings when unable to explain the depth of her feelings.

Aishwarya Rai Bachchan as a poetess Saba Taliyar Khan, separated from her husband, looks like a “painting” as described by Ayan in one scene in the film. “Woh ladki nahin, painting hai”. Indeed, she looks beautiful but delivers a synthetic performance, extremely unreal and devoid of any emotion.

Fawad Khan as DJ Ali is a disappointment as he has nothing much to offer by way of histrionics. Lisa Haydon is a treat to watch with her impeccable comic timing. Imran Abbas in a minuscule role makes his presence felt. 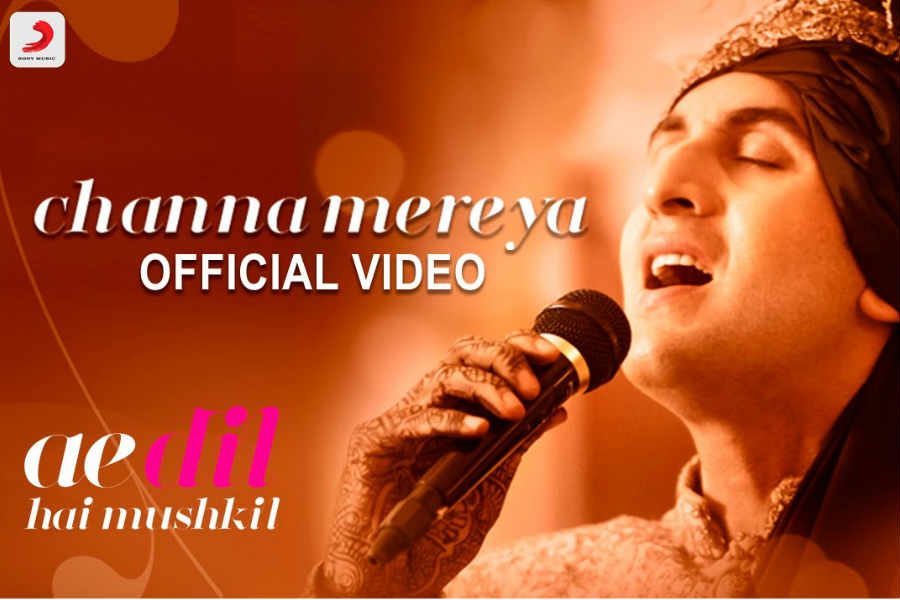 There are a few unexpected cameos, which are bound to take you by surprise.

The screenplay is divided into chapters that are interspersed with the interview of singer Ayan Sanger as the film is narrated from his point of view.

The music is definitely one of the highlights of the film as are the stellar performances of Ranbir Kapoor and Anushka Sharma. From the title song to “Channa meriya”, each number is mellifluous and touches your heart.

The film, as expected, with excellent production values and muted gloss, has a tinge of maturity to the tale and presentation. It undoubtedly has a Karan Johar flavour and is definitely a treat for his fans.