Highlighting the potential flaws in the new healthcare plan of President Donald Trump, a mother in the US has put a series of posts on Twitter, explaining the costs and complications involved in her son’s rare medical condition, the media reported on Sunday. 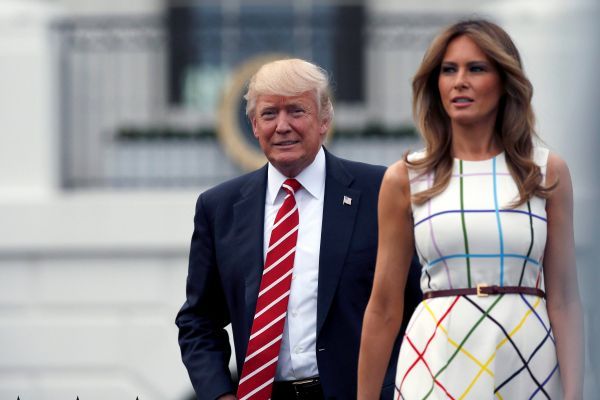 According to Ali Ranger, her son’s case is “medically complex” with “heterotaxy syndrome” — a rare birth defect that involves the heart and other organs.

In a series of moving tweets accompanying the image of the bill, Ali Ranger laid out some of the challenges with her son Ethan Vikash’s care and what would happen if the new measure allowed insurers to impose a lifetime cap on benefits, the Telegraph reported. “It seems fitting that, with the #TrumpCare debate raging, I got this bill in the mail today from Ethan’s most recent open heart surgery,” she said.

Read More: ISRO ROCKET LIFTS OFF WITH CARTOSAT, 30 OTHER SATELLITES

“And I want you to go look at that number again. Nearly a quarter million dollars for one surgery. Reinstate lifetime caps and he’s out,” Ranger noted while highlighting what the new bill would do by bringing lifetime caps on insurance.

She ends her tweet with a message for those who would so strongly defend this bill despite how blatantly it contradicts their supposed beliefs. “If you call yourselves pro-life, you need to fight for life from beginning to end. That’s what Ethan’s doing, what we’re doing. Join us,” Ranger said.

Obamacare — an affordable healthcare programme by former US President Barack Obama — outlawed the cap which would have left the seriously ill in danger of being left without any insurance cover whatsoever once the ceiling was reached.

However, the fate of Obamacare hangs in balance with President Trump keen on scrapping some provisions, including the lifetime caps on insurance.